Can Haiti ever recover?

Can Haiti ever recover?

Haiti remains one of the poorest countries in the world and has suffered a long history of natural disasters including: cyclones, earthquakes, floods, tropical storms and hurricanes. Most notably, in 2010 Haiti endured a devastating earthquake with a magnitude of 7.0, which reportedly claimed 220,00 people’s lives and destroyed 105,000 homes. More recently, Hurricane Matthew struck Haiti in November 2016, killing over a thousand people and leaving 350,000 residents in need of immediate assistance. These catastrophes have in turn created turmoil in Haiti, leaving residents fighting for bare necessities. Fundamentally, this poses a grave risk to Haitians lives and livelihoods.

I travelled to Haiti with an organisation named Khalsa Aid on two separate occasions in 2016 – September and November. In September I spent a week buying and delivering food, toiletries, educational resources and gifts to 9 orphanages. In November I travelled to Haiti after Hurricane Matthew to provide aid in remote villages, particularly in Les Cayes, which is located 4 hours away from the city of Port au Prince in the mountains. Based upon my firsthand experience and further research this article seeks to explore Hurricane Matthew and in general sustainability issues in Haiti. 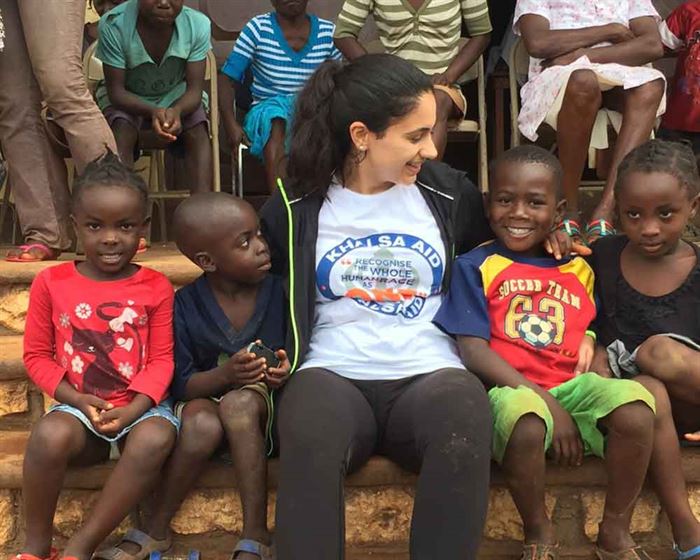 Driving through Port Au Prince for the first time was a memorable moment to say the least. The stench of sewage, congested walkways and roads, mountains of waste and confined market stalls is not something that can be easily forgotten. It was clear to see why flash floods become a big problem in places like Port Au Prince. The lack of efficient waste management clogs sewage systems and waterways, which further worsens the impact of flooding. Insufficient and weak sewage systems are ruined by the proliferation of waste and are consequently inadequate when there is flooding. This in turn triggers waterborne diseases such as chronic diarrhoea, cholera and typhoid, which causes serious concern given that many families lack sufficient funds to pay for medication.

Travelling to Les Cayes every morning was difficult due to the poor road conditions and inconsistent showers of rain. This journey was also increasingly dangerous as it was evident that multiple landslides had occurred and further landslides could happen at any moment. The main natural causes of landslides tend to be earthquakes and heavy rainfall. At one point I witnessed rocks and debris falling down the mountain slope into the path of a motorcyclist who somehow avoided collision. Weather conditions and consequent landslides make it even more difficult for residents living far in the mountains to travel to the main city centre to buy food, toiletries and other necessities, which further isolates these communities. Furthermore, travel to Les Cayes was considered as too risky by other aid organisations who understandably were unprepared to provide aid in the rural communities unless they could travel by air. Hence, this limited the amount of aid and necessary medication received by these communities.

Hurricane Matthew left a trail of destruction, which became more apparent when travelling further into the rural villages located in Les Cayes. Residents had to take shelter in a local school as it was the only building that remained partially intact with a roof of tin sheets being the only source of protection against heavy rainfall. Though there was not as much flooding as Port Au Prince, winds of up to 140mph had destroyed homes and possessions. However, most importantly for the livelihoods of Haitians crops were destroyed and many Southern communities particularly, rely on subsistence farming. In the long term, crop loss could lead to extreme malnutrition for those living in rural communities. 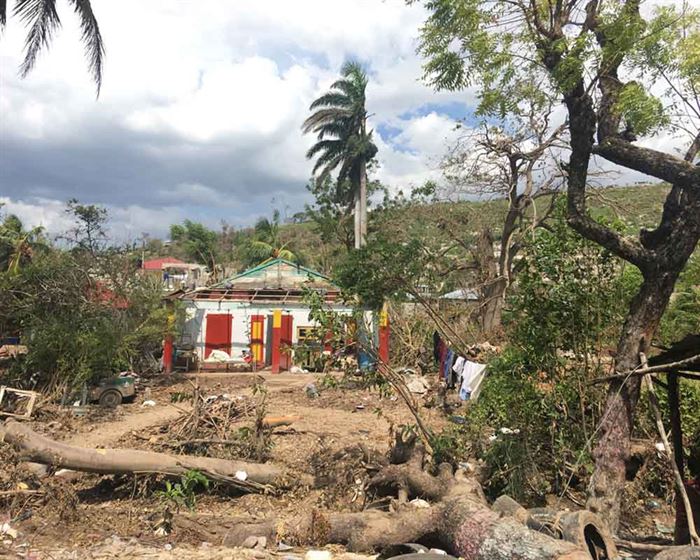 The negative impact of Hurricane Matthew could have been reduced through afforestation. Figures show that approximately a third of Haiti consists of forest cover. However, deforestation, where trees are purposely cut down, has led to soil erosion due to greater exposure of the soil. Hence, Haiti is more vulnerable to disasters due to staggering levels of deforestation. Increasing the coverage of trees would protect residents from the impact of tropical storms as tree roots grasp nutrient-rich topsoil that is held in place when there is heavy rainfall, which prevents mass flooding and consequent landslides.

Fundamentally, a great deal of funds needs to be invested into the main infrastructure of Haiti such as sanitation works, water systems and affordable housing. This will have a substantial social, economic and developmental impact for the country. It is important than an efficient sewage, water purification and garbage collection system are developed in order to deal with sanitation issues. In addition, as some organisations are already doing, initiatives need to be implemented to plant more trees across Haiti as part of a long term reforestation project.

I believe that there still remains hope for Haiti, a country of resilient people who continue to endure and survive disaster after disaster.